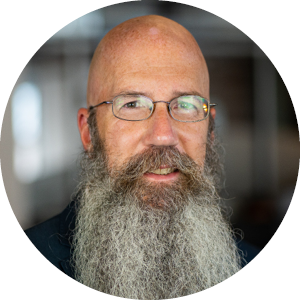 Jeff joined Bayer Becker in 1993 as a CAD Technician and designer. Having a knack and passion for computers, within a few years he stepped into an IT Administrator position and worked in an IT capacity until January 2008. From there, he left to administer a childcare center with about 300 kids while serving as an associate Pastor in Trenton, Ohio for 8 years. In 2014, he was appointed Lead Pastor of Mercy Point church in Middletown, Ohio where he is still currently serving. He also serves as a Police chaplain for Middletown Police Department. Along with this, Jeff has officially rejoined Bayer Becker as an IT Specialist.

Outside of these roles, Jeff enjoys troubleshooting, hiking, kayaking and spending time with his wife and three children.